WE NEED YOUR HELP

The Sanctuary at Christ Church is in urgent need. Decay of the aging walls threatens the stability of the structure, and the stained glass windows require extensive restoration. A Preservation Team is leading the renovation project. Bill Egan, a structural engineer, C W Brinkley, Inc. and Epiphany Studios are working together to stabilize, repair, and restore Christ Episcopal Church, but we need your help!

Please consider a pledge to our Capital Campaign. Call (757) 805-5925 to reach a Preservation Team Member, or click the DONATE button below go directly to our 'gofundme' page. 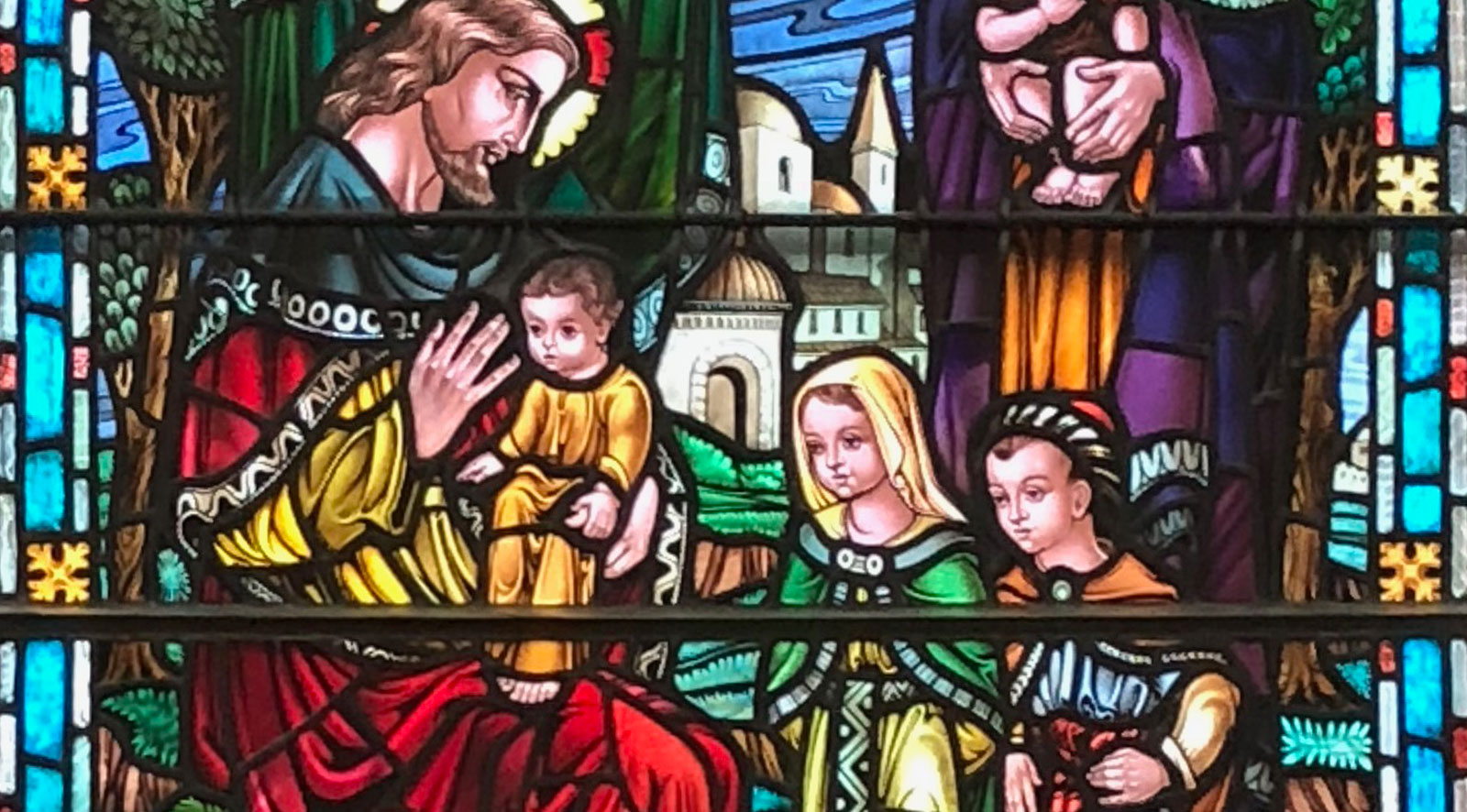 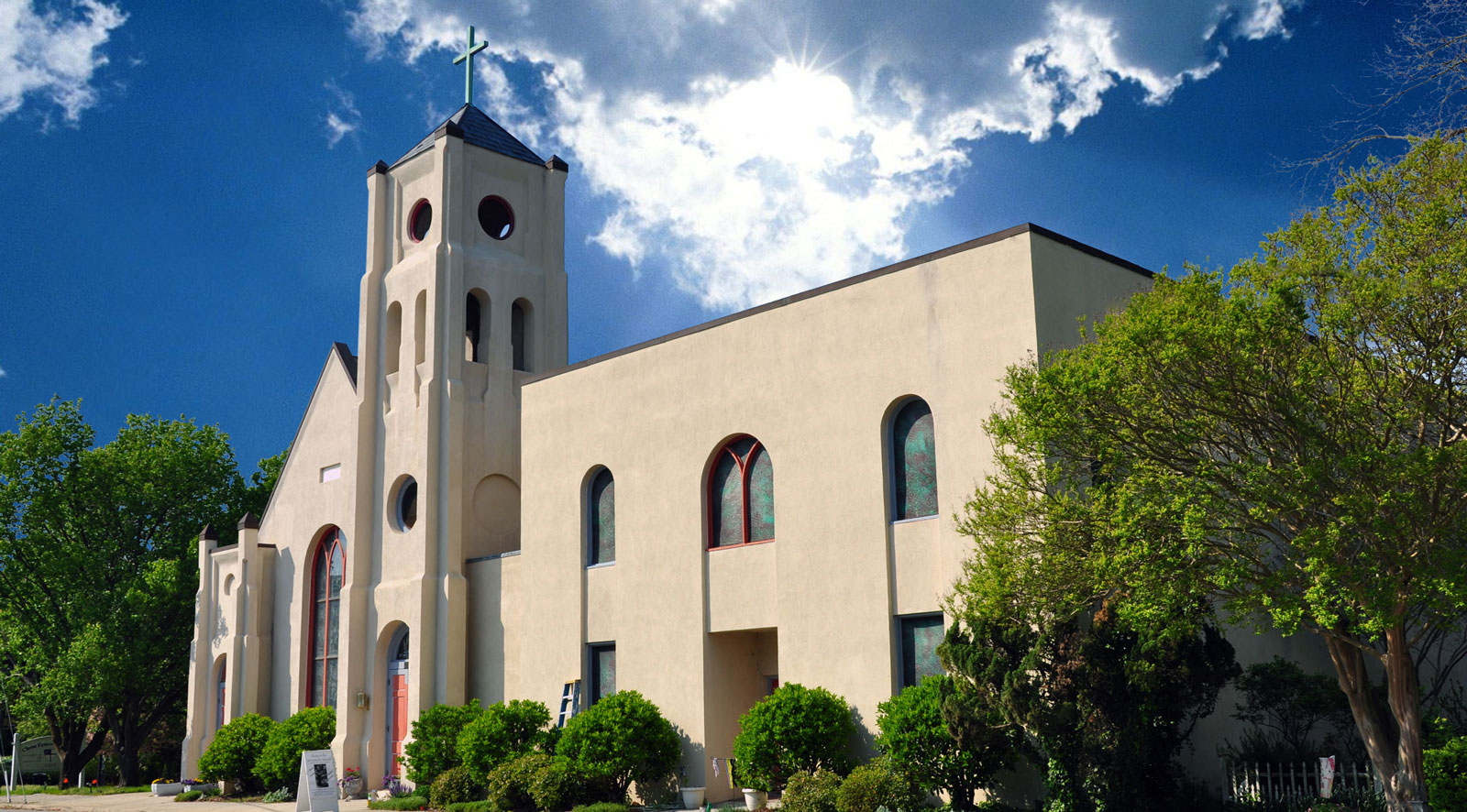 Christ Episcopal Church is the oldest original standing church in Smithfield’s Historic District and has served the community for 188 years. During the 1700s, the lot now occupied by Christ Episcopal Church was owned by the town’s founder Arthur Smith IV. In 1832 the property was acquired by Mallory Moore Todd, son of shipping magnate Captain Mallory Todd. Todd donated the property to the congregants of St. Luke’s Church, five miles east, to build a Protestant Episcopal Church within the town of Smithfield.
An existing brick structure on the lot became the foundation. In 1858 the building was enlarged to add a sanctuary and contains numerous historically and architecturally significant elements including areas of brick and oyster shell mortar predating the church’s construction, and stained glass windows from world-renowned art glass studios including Tiffany & Co. that were installed between 1892 and 1910.
Christ Church parishioners staff and support many vital community programs including Souper Saturday, Mission of Hope, Samaritan’s Purse and the COP Food Bank. The church houses a concert quality grand piano and serves as a venue for the Sundays at Four classical concert series, hosting performances by exceptional teen musicians and other nationally and internationally recognized artists.

The exterior walls of the CEC sanctuary—designated as a Landmark in the Smithfield Historic District—have structural instabilities, that are in turn compromising the stained glass windows. Parts of the underlying brick and mortar foundation are crumbling. Roof trusses need to be repaired. Framework around some of the windows, particularly the multi-section “Life of Christ” window, has deteriorated badly, and the windows themselves require maintenance. The wood parquet floor also needs restoration. Last year remedies were identified in a structural evaluation prepared by the firm of Sinclair Pratt Cameron PC, located in Virginia Beach.
Priority A measures, required to stabilize the structure, will be completed by C W Brinkley, Inc. of Suffolk in 2020. These measures include:

Priority B tasks for preservation of the exterior are to be completed in 2021.
During construction, our stained glass windows will be restored by Epiphany Studio of Middletown, Virginia.

WHY YOUR HELP IS VITAL

Like many church communities throughout the United States, the Christ Church parish is facing huge expenditures to restore and maintain its historic property. A stewardship program covers most operational expenses but does not provide funding for large capital projects. Sinclair Pratt Cameron estimated that $410,000 will be required for construction, and the Epiphany Glass tab for the windows preservation is $67,000.
All members of the church community have been asked to donate. Generous contributions have been made, but much more is needed. Christ Church is reaching out to area residents, businesses and visitors to help preserve this priceless Virginia landmark.
An internal loan and an early family gift have jump-started our fundraising but about two-thirds of the $477,000 total is still needed. CEC will also use the following methods to raise additional funds over the next three years, 2020—2022:

HOW THE FUNDS WILL BENEFIT THE COMMUNITY

Stabilization and preservation of the historic Christ Church sanctuary will ultimately contribute value not only to the parish itself, but to the Smithfield Historic District and the broader Isle of Wight community as well. Begun in 1832, this historic sanctuary is considered the oldest church still in use in Smithfield. The central location made Christ Episcopal Church an integral part of the local scene, even though the building was later described as but a simple rectangular building with a steeple and four small blinded windows. Then the structure underwent a major transformation during the period 1892-1910, when two prominent vestibule towers and most of the stained glass windows were added. In 1999 the interior of the nave was restored to the look of that period. During 2009—2011, flood damage to the undercroft was addressed as the space was converted to offices, and the roof was repaired.

Today the sanctuary is much-admired by parishioners and visitors alike. Many of the latter come from the Office of Tourism, either through referrals or inclusion of our Church in its walking tours. Others come from IOW Museum, located just across the Street. We also partner with these organizations in joint programs—e. g., observance of the Battle of Smithfield. (On February 1, 1864 a Union patrol was captured while retreating downhill past the church—one man was caught inside—and a Union gunboat was sunk in Pagan Creek).
The atmosphere of the sanctuary has made it both a welcoming house of worship and a place for growing community services. Notable examples are:

SO, HOW CAN YOU HELP?

Please consider a pledge to the Capital Campaign. To make a gift or to volunteer your time, please leave a message for the Preservation team at (757) 805-5925 and one of the following team members will get back to you, or Click the button to go to the Christ Episcopal Church gofundme page. Inquiries can also be directed to the business office at (757) 357-2826 between 10am-2pm on Tues, Wed, & Thursdays.