O God, whose blessed Son came into the world that he might destroy the works of the devil and make us children of God and heirs of eternal life: Grant that, having this hope, we may purify ourselves as he is pure; that, when he comes again with power and great glory, we may be made like him in his eternal and glorious kingdom; where he lives and reigns with you and the Holy Spirit, one God, for ever and ever. Amen. 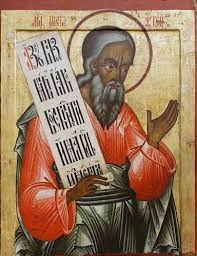 1 I will exalt you, O God my King, *
and bless your Name for ever and ever.

2 Every day will I bless you *
and praise your Name for ever and ever.

3 Great is the Lord and greatly to be praised; *
there is no end to his greatness.

4 One generation shall praise your works to another *
and shall declare your power.

5 I will ponder the glorious splendor of your majesty *
and all your marvelous works.

20 He fulfills the desire of those who fear him; *
he hears their cry and helps them.

21 The Lord preserves all those who love him, *
but he destroys all the wicked.

22 My mouth shall speak the praise of the Lord; *
let all flesh bless his holy Name for ever and ever.

1 Sing to the Lord a new song, *
for he has done marvelous things.

2 With his right hand and his holy arm *
has he won for himself the victory.

3 The Lord has made known his victory; *
his righteousness has he openly shown in the sight of the nations.

4 He remembers his mercy and faithfulness to the house of Israel, *
and all the ends of the earth have seen the victory of our God.

5 Shout with joy to the Lord, all you lands; *
lift up your voice, rejoice, and sing.

7 With trumpets and the sound of the horn *
shout with joy before the King, the Lord.

8 Let the sea make a noise and all that is in it, *
the lands and those who dwell therein.

9 Let the rivers clap their hands, *
and let the hills ring out with joy before the Lord,
when he comes to judge the earth.

10 In righteousness shall he judge the world *
and the peoples with equity.

As to the coming of our Lord Jesus Christ and our being gathered together to him, we beg you, brothers and sisters, not to be quickly shaken in mind or alarmed, either by spirit or by word or by letter, as though from us, to the effect that the day of the Lord is already here. Let no one deceive you in any way; for that day will not come unless the rebellion comes first and the lawless one is revealed, the one destined for destruction. He opposes and exalts himself above every so-called god or object of worship, so that he takes his seat in the temple of God, declaring himself to be God. Do you not remember that I told you these things when I was still with you?

But we must always give thanks to God for you, brothers and sisters beloved by the Lord, because God chose you as the first fruits for salvation through sanctification by the Spirit and through belief in the truth. For this purpose he called you through our proclamation of the good news, so that you may obtain the glory of our Lord Jesus Christ. So then, brothers and sisters, stand firm and hold fast to the traditions that you were taught by us, either by word of mouth or by our letter.

Now may our Lord Jesus Christ himself and God our Father, who loved us and through grace gave us eternal comfort and good hope, comfort your hearts and strengthen them in every good work and word.

Some Sadducees, those who say there is no resurrection, came to Jesus and asked him a question, "Teacher, Moses wrote for us that if a man's brother dies, leaving a wife but no children, the man shall marry the widow and raise up children for his brother. Now there were seven brothers; the first married, and died childless; then the second and the third married her, and so in the same way all seven died childless. Finally the woman also died. In the resurrection, therefore, whose wife will the woman be? For the seven had married her."

Jesus said to them, "Those who belong to this age marry and are given in marriage; but those who are considered worthy of a place in that age and in the resurrection from the dead neither marry nor are given in marriage. Indeed they cannot die anymore, because they are like angels and are children of God, being children of the resurrection. And the fact that the dead are raised Moses himself showed, in the story about the bush, where he speaks of the Lord as the God of Abraham, the God of Isaac, and the God of Jacob. Now he is God not of the dead, but of the living; for to him all of them are alive."